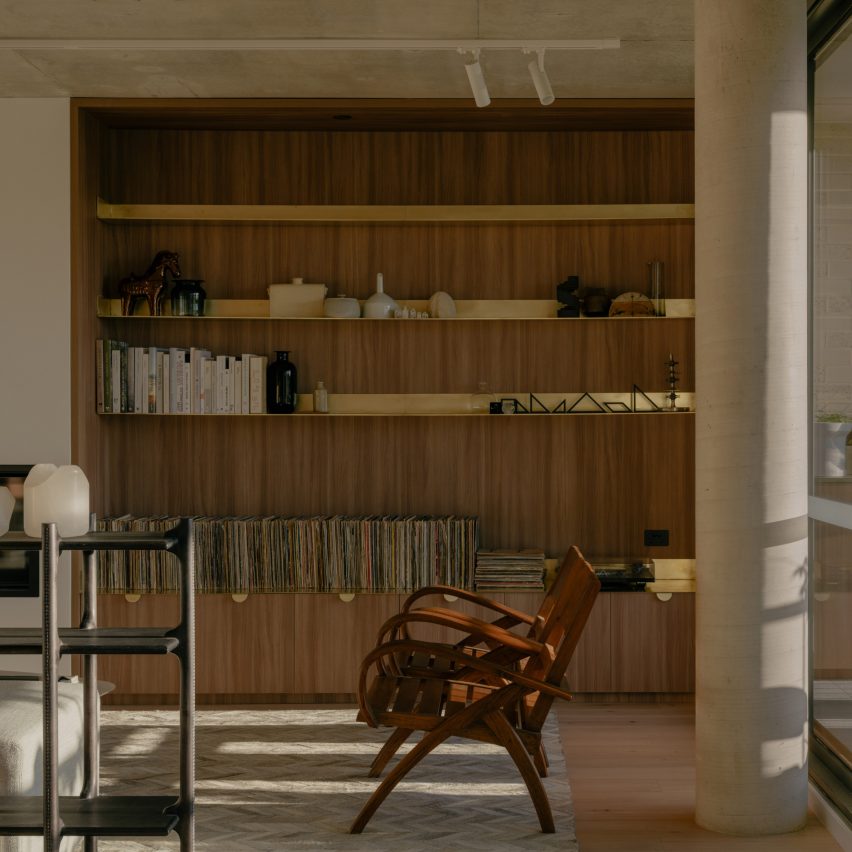 The Napier Street apartments were designed by Freadman White for property developers Milieu. It is situated directly beside Whitlam Place, another residential block designed by the practice.

An equally refined material palette has been applied throughout the interiors of Napier Street’s 14 apartment units. Each home boasts oak flooring and exposed concrete ceilings, which rise up to 2.9 metres in height.

Kitchens have been finished with wooden cabinetry, white-tile splashbacks and countertops crafted from pale Elba stone.

There are some decadent touches in the apartments – for example, some of the bedrooms are closed off by glossy, full-height black doors.

Golden-hued brass has also been used to create door handles, shelves and vanity units inside the bathrooms, which are otherwise lined with grey terrazzo tiles.

Elements in the apartment block’s communal areas such as the front gate and mailboxes are also made out of brass.

“Napier Street is a symphony of robust materiality displaying organic, muted beauty carried from the exterior through to the interior experience,” concluded the practice, which is led by Ilana Freadman and Michael White.

Freadman White’s Napier Street and Whitlam Place projects both made it to the longlist of this year’s Dezeen Awards. The practice has previously renovated a 1930s home in Melbourne’s Elsternwick neighbourhood to include an angular grey-brick extension.

Photography is by Gavin Green.