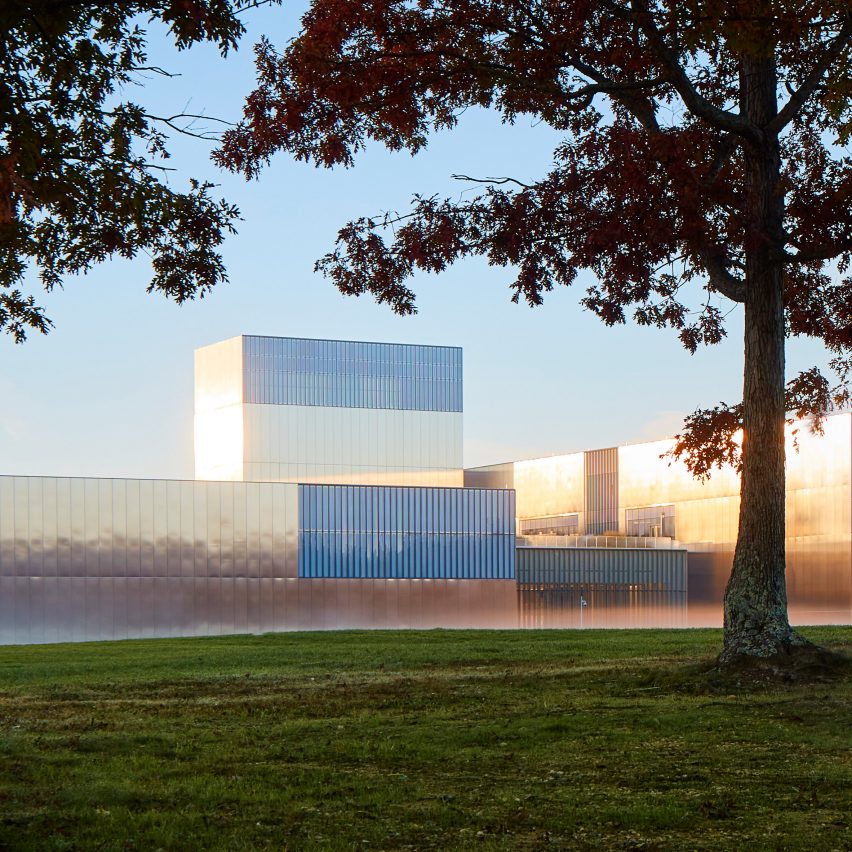 We’re continuing our review of the year with the top 10 US architecture projects of 2020. They include David Adjaye’s pink-concrete store,  SOM’s museum for the United States Army and MAD’s first project in America. 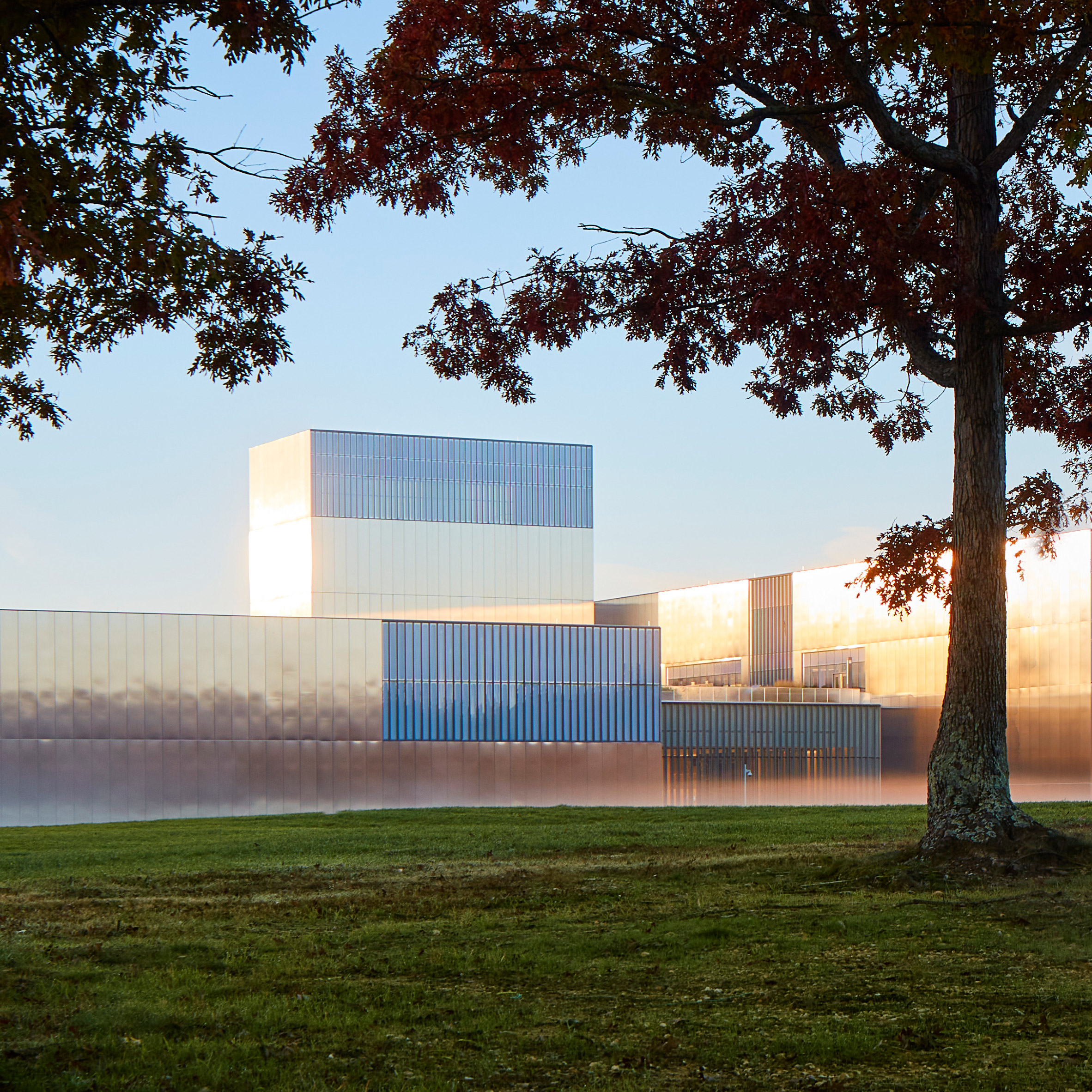 National Museum of the United States Army, Virginia by SOM

The National Museum of the United States Army is a monolithic building with a mirrored steel exterior reflecting its surrounds in the bucolic Fort Belvoir Military Installation in Virginia.

Designed by SOM, it is the first in America dedicated to the country’s oldest military service.

Find out more about National Museum of the United States Army › 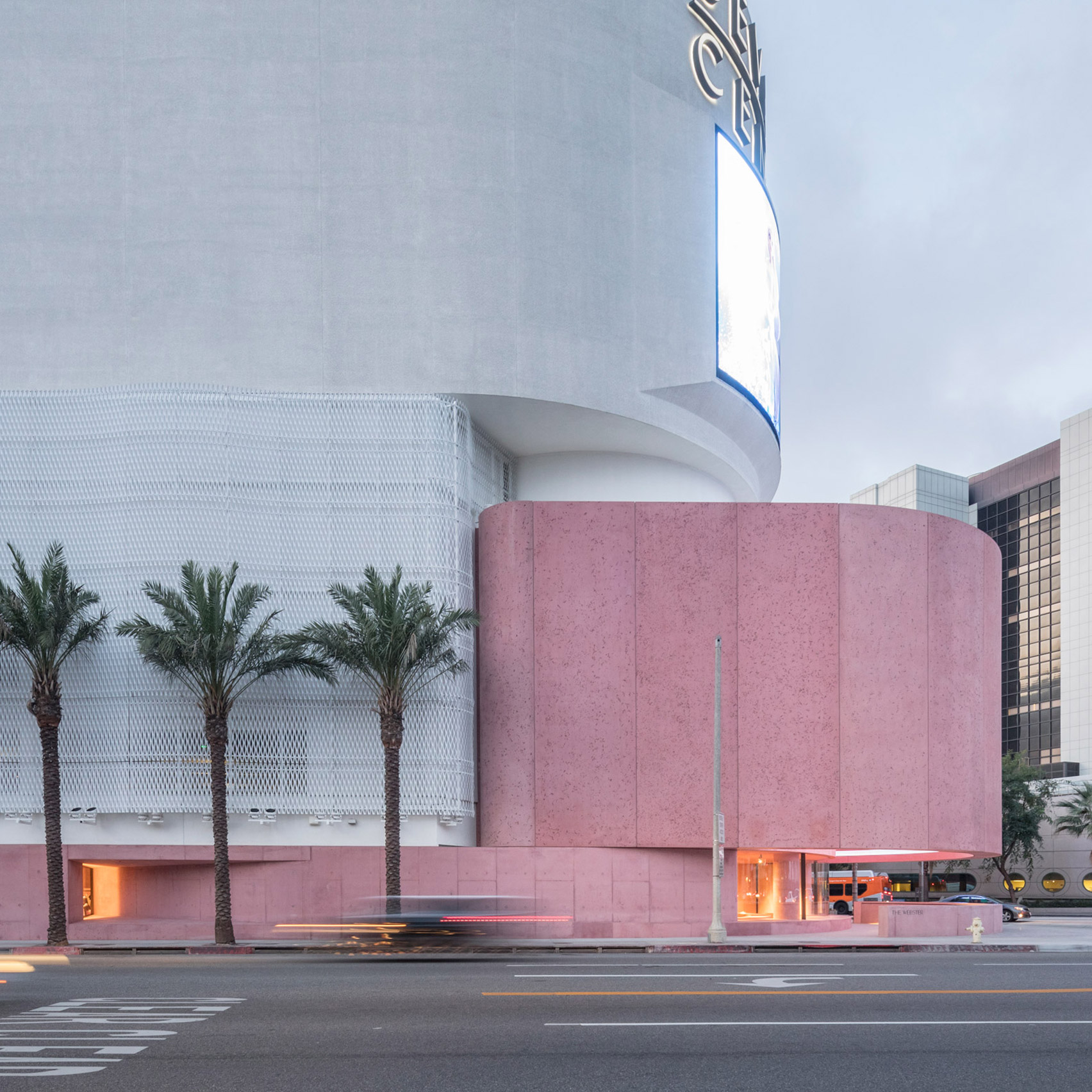 The Webster, California by David Adjaye

For this store for fashion retailer The Webster, David Adjaye’s first project in California, the architect chose curved pink-tinted concrete walls to contrast the brutalist-style Beverly Center above.

Pink also continues throughout the interior in the form of curving walls that enclose the changing rooms, concrete display plinths and concrete columns that punctuate the space.

Find out more about The Webster › 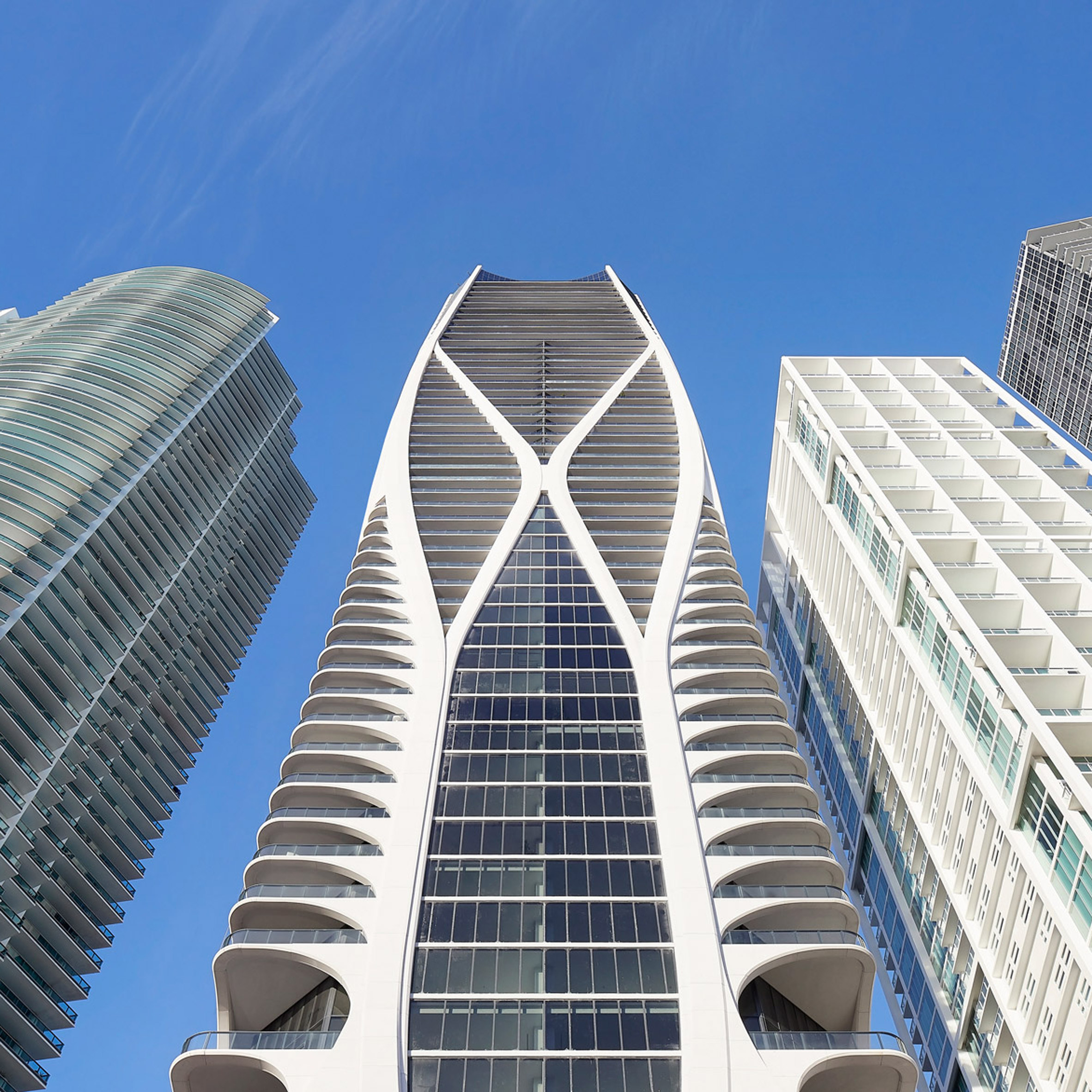 A private aquatic centre and a helipad are included in the One Thousand Museum, which is one of the last buildings designed by late architect Zaha Hadid.

The 62-storey residential tower has glass facades encased by a curvaceous “exoskeleton” that comprises 5,000 pieces of lightweight glass-fibre-reinforced concrete.

Find out more about One Thousand Museum › 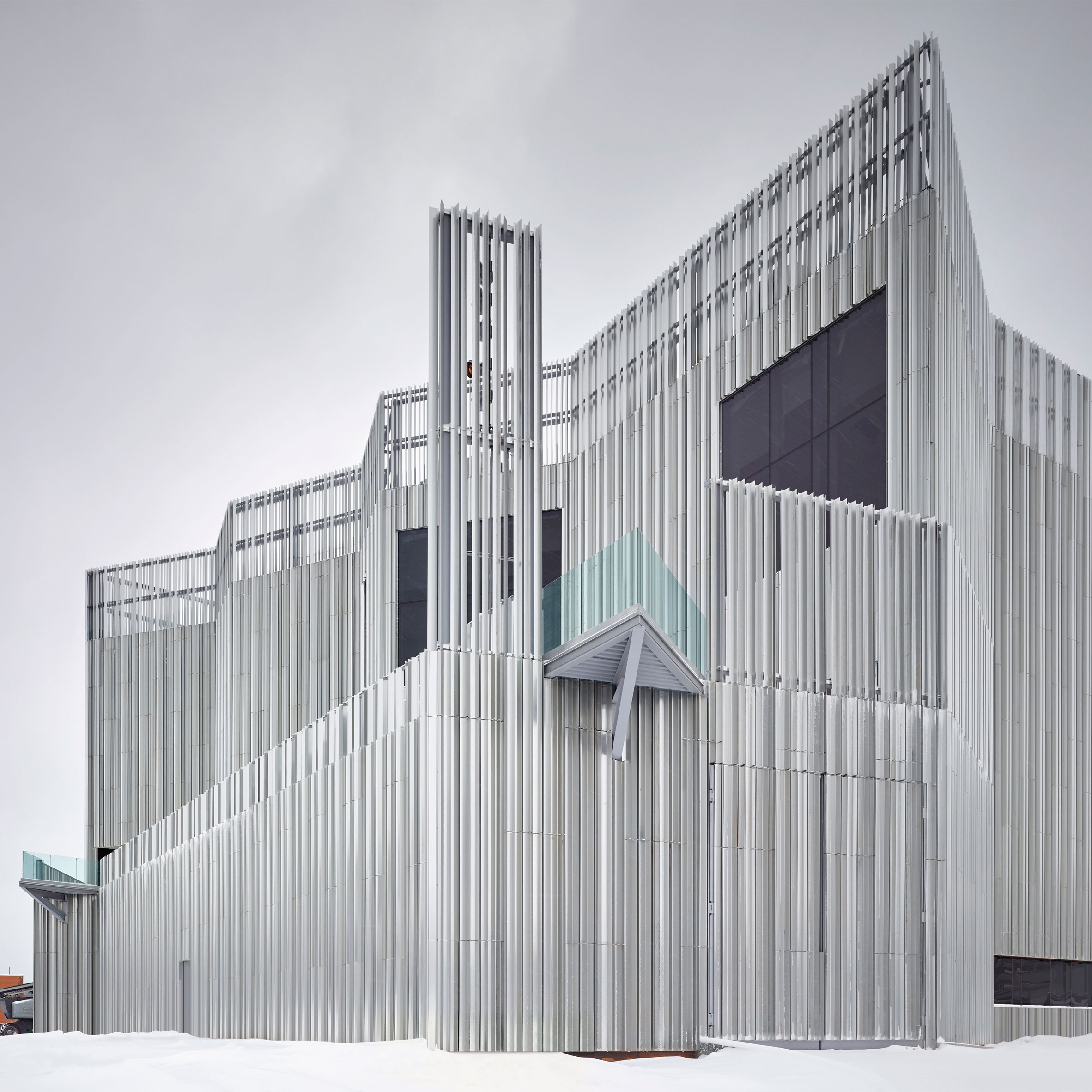 Intended as a new landmark for the city, the building is located just north of the historic Automobile Alley and replaces the contemporary museum’s original home at Oklahoma City’s State Fair Park. 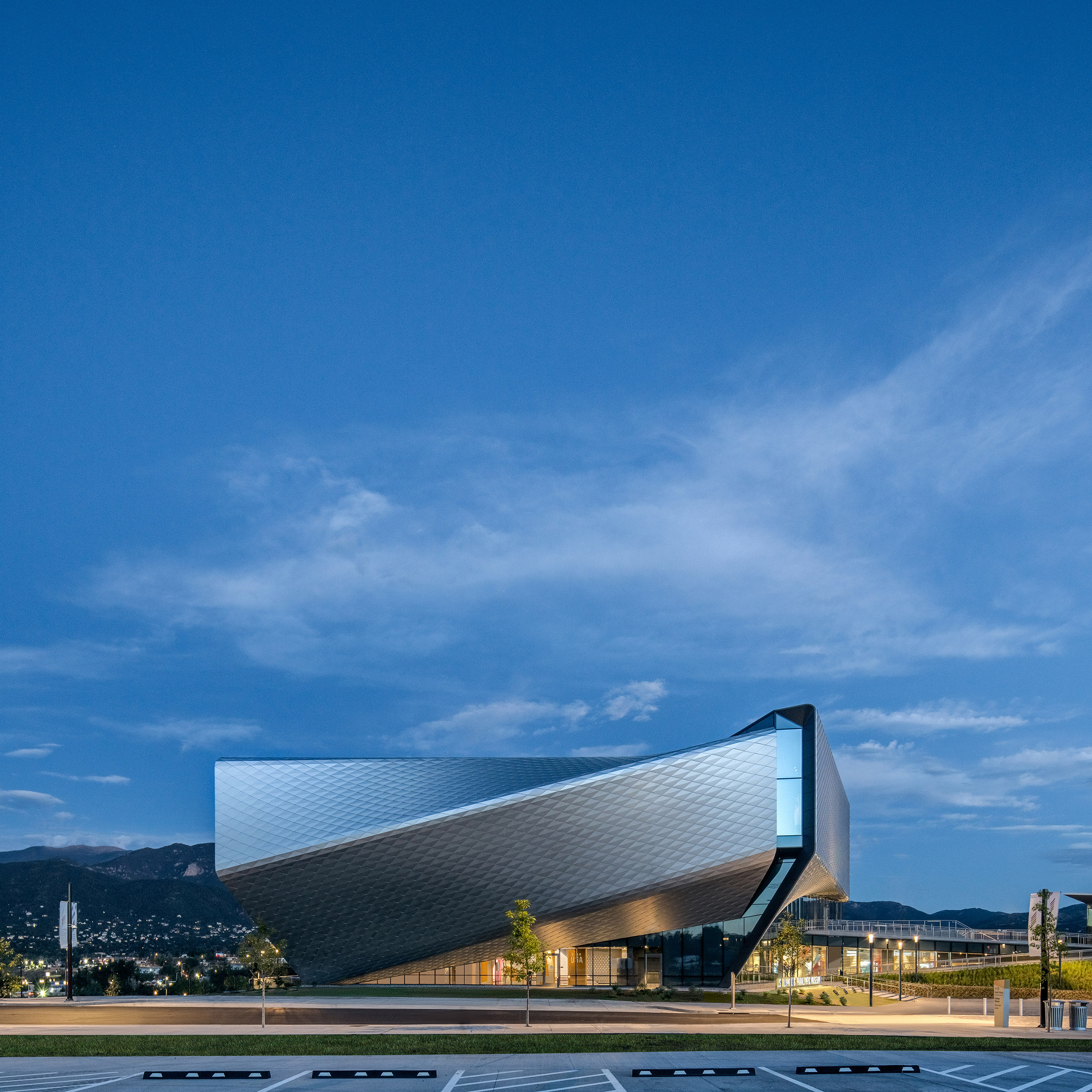 US Olympic and Paralympic Museum, Colorado by Diller Scofidio + Renfro

US firm Diller Scofidio + Renfro created the twisted US Olympic and Paralympic Museum in Colorado this year, with the aim to make it one of the most accessible buildings in the world.

The museum, which is composed of four aluminium-clad volumes, is arranged so visitors ascend to the top level of the museum by elevator and gradually move through the galleries on a wide, spiralling ramp.

Find out more about US Olympic and Paralympic Museum › 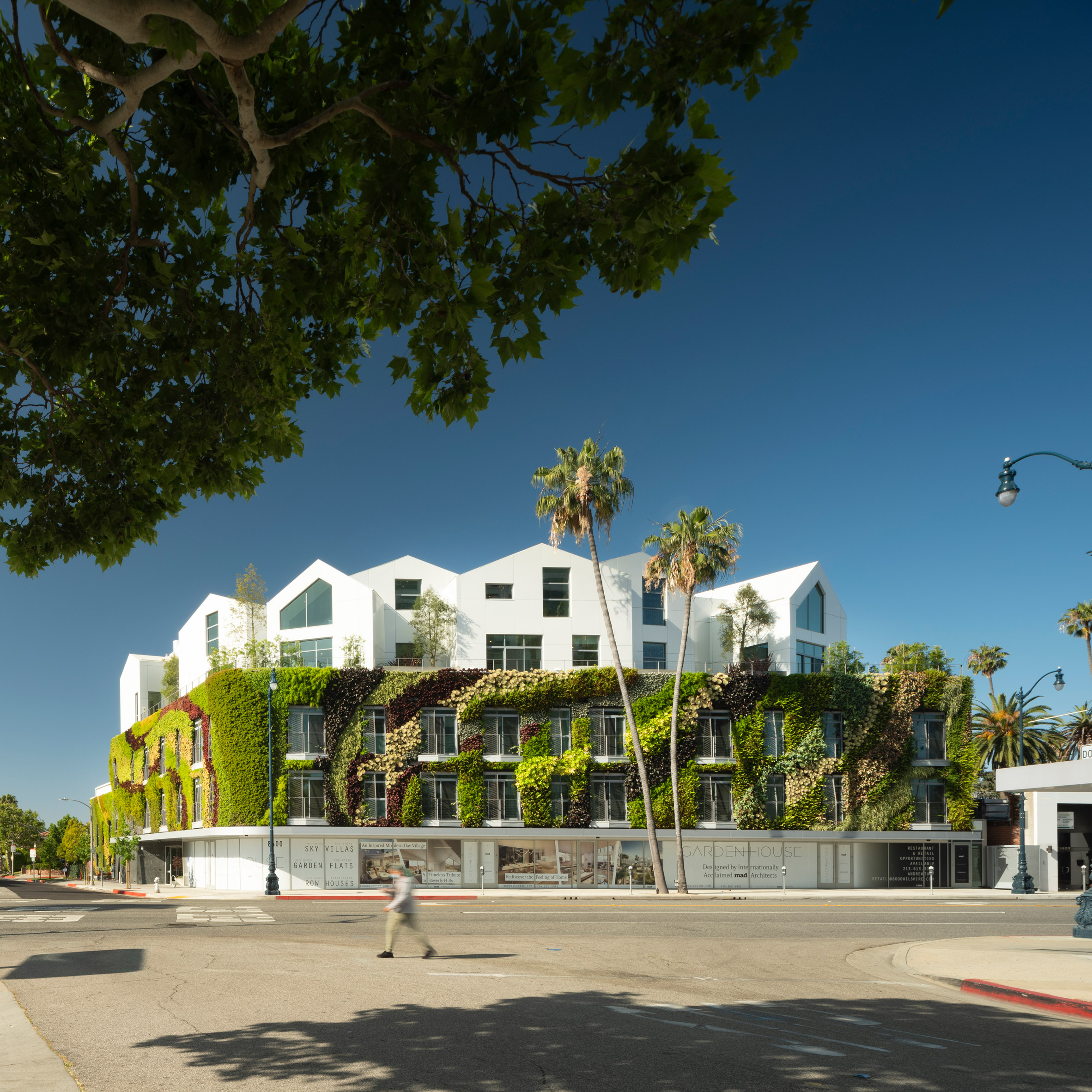 It is designed to look like a village with 18 gabled houses that are set atop a three-storey podium covered in plants – making it the “largest living wall” in US, according to the studio.

Find out more about Gardenhouse › 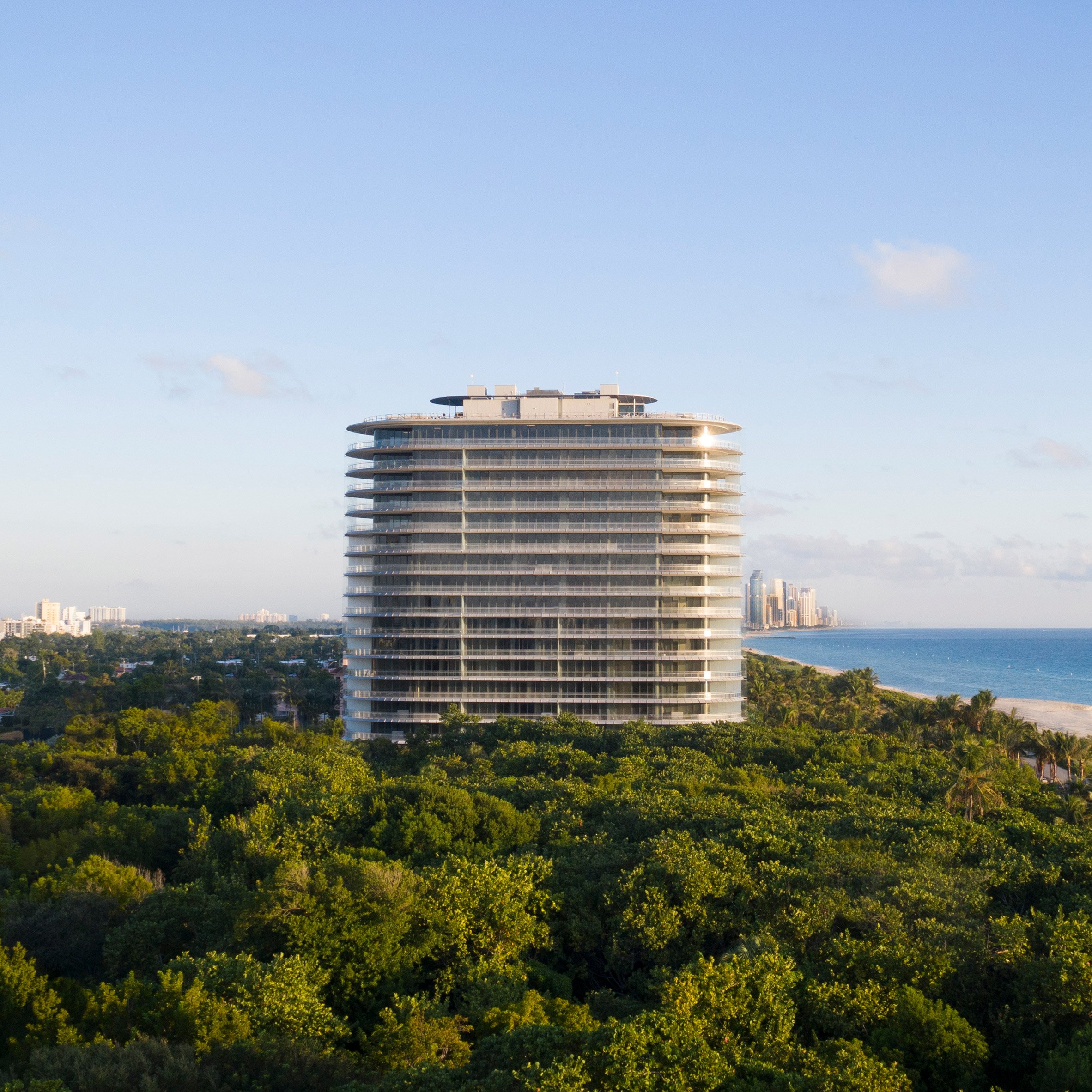 Italian architect Renzo Piano’s oval-shaped condominium tower, which is wrapped in terraces, opened on the waterfront in Miami Beach, Florida. 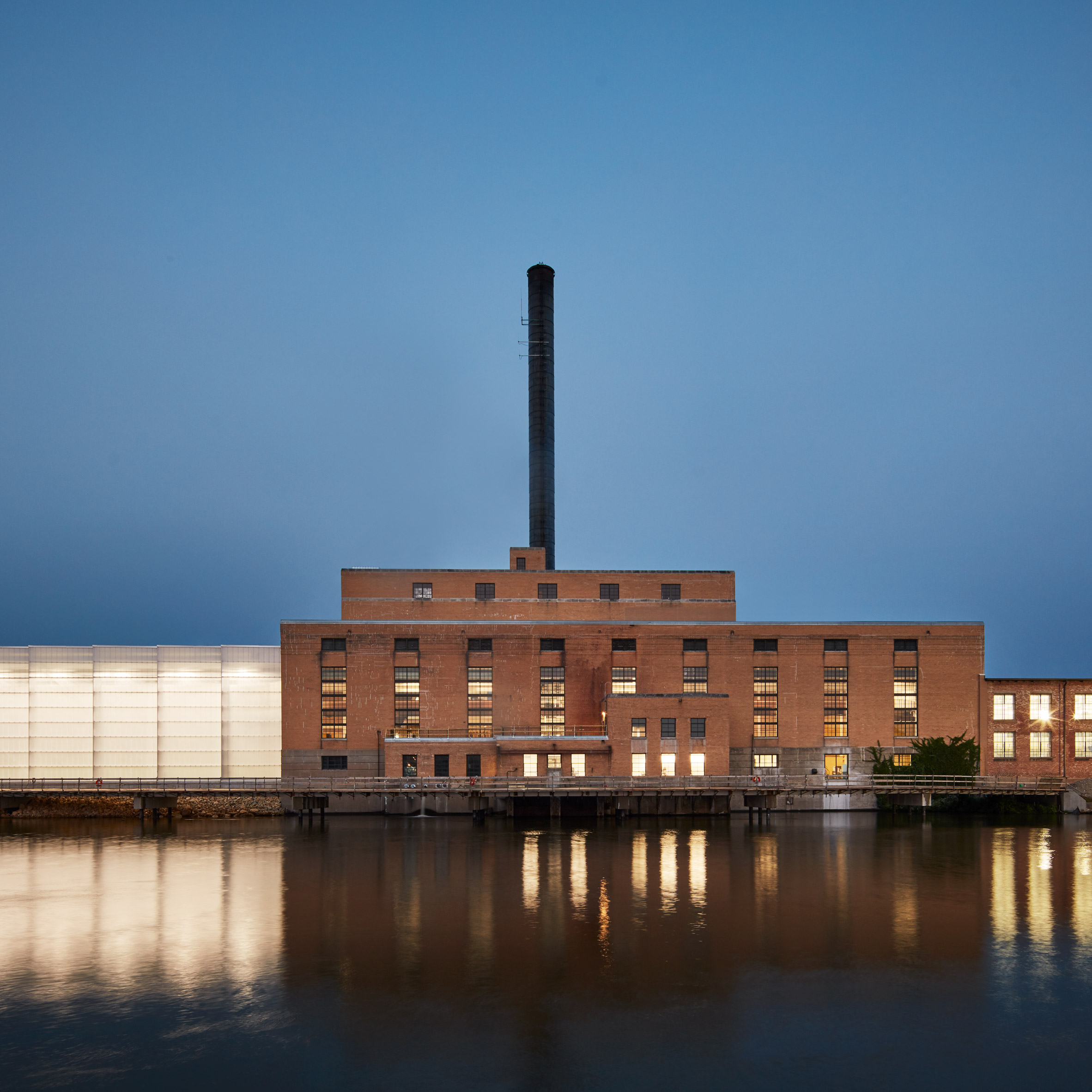 Having first unveiled its plans to convert a decommissioned power plant in Wisconsin into new facilities for Beloit College six years ago, Studio Gang completed the project this year.

The 100-year-old plant building, which is located between the campus of the arts college and Rock River in Beloit, was updated to include a fitness centre and a gymnasium with an elevated three-lane track.

Find out more about Powerhouse › 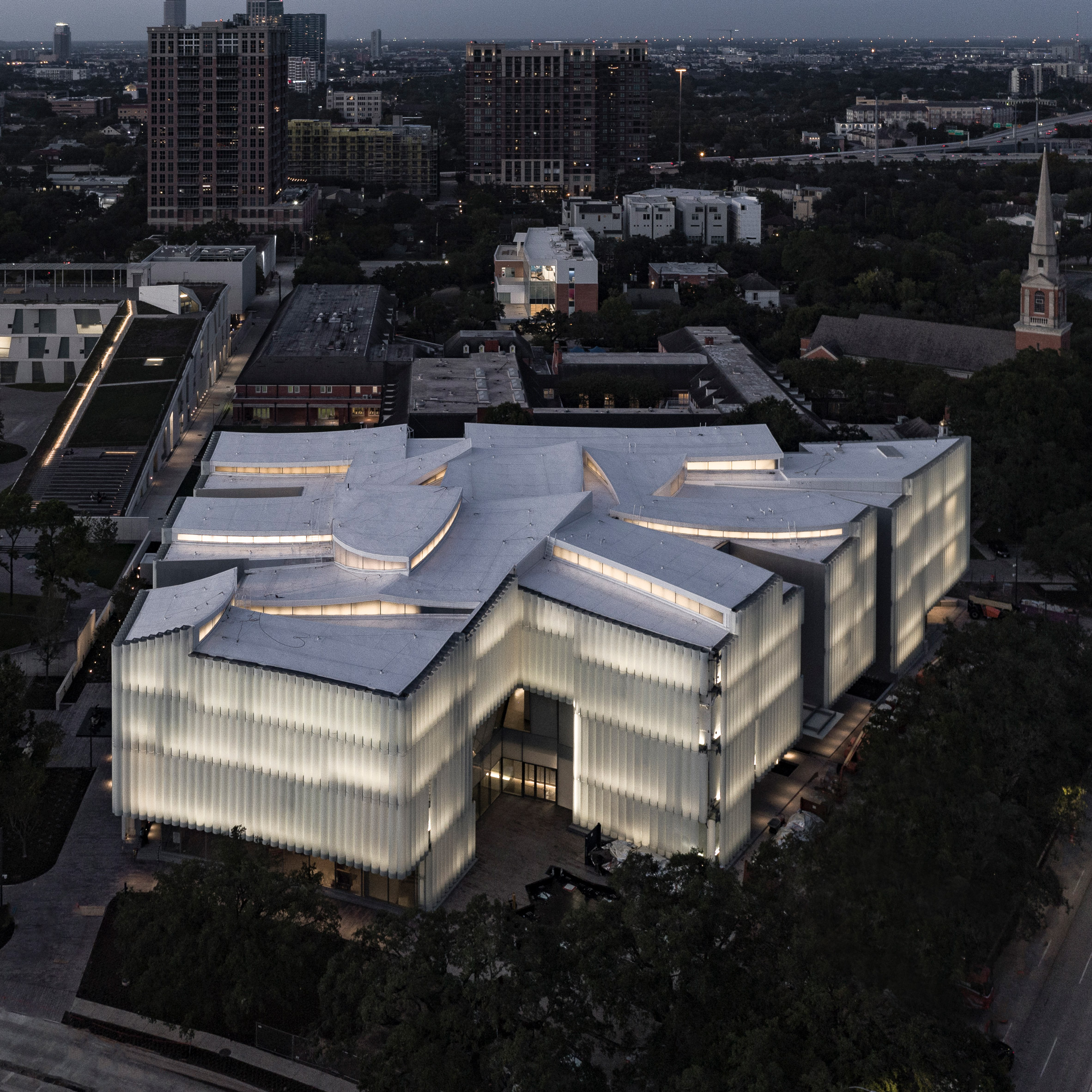 Curvy roofs “imagined from cloud circles” top the Nancy and Rich Kinder Building, which US firm Steven Holl completed as part of a major campus redesign for the Museum of Fine Arts Houston.

The walls of the museums are wrapped with translucent glass tubes to contrast existing buildings on site, like the adjacent transparent glass and steel building by Mies van der Rohe and an opaque stone building by Rafael Moneo.

Find out more about Nancy and Rich Kinder Building › 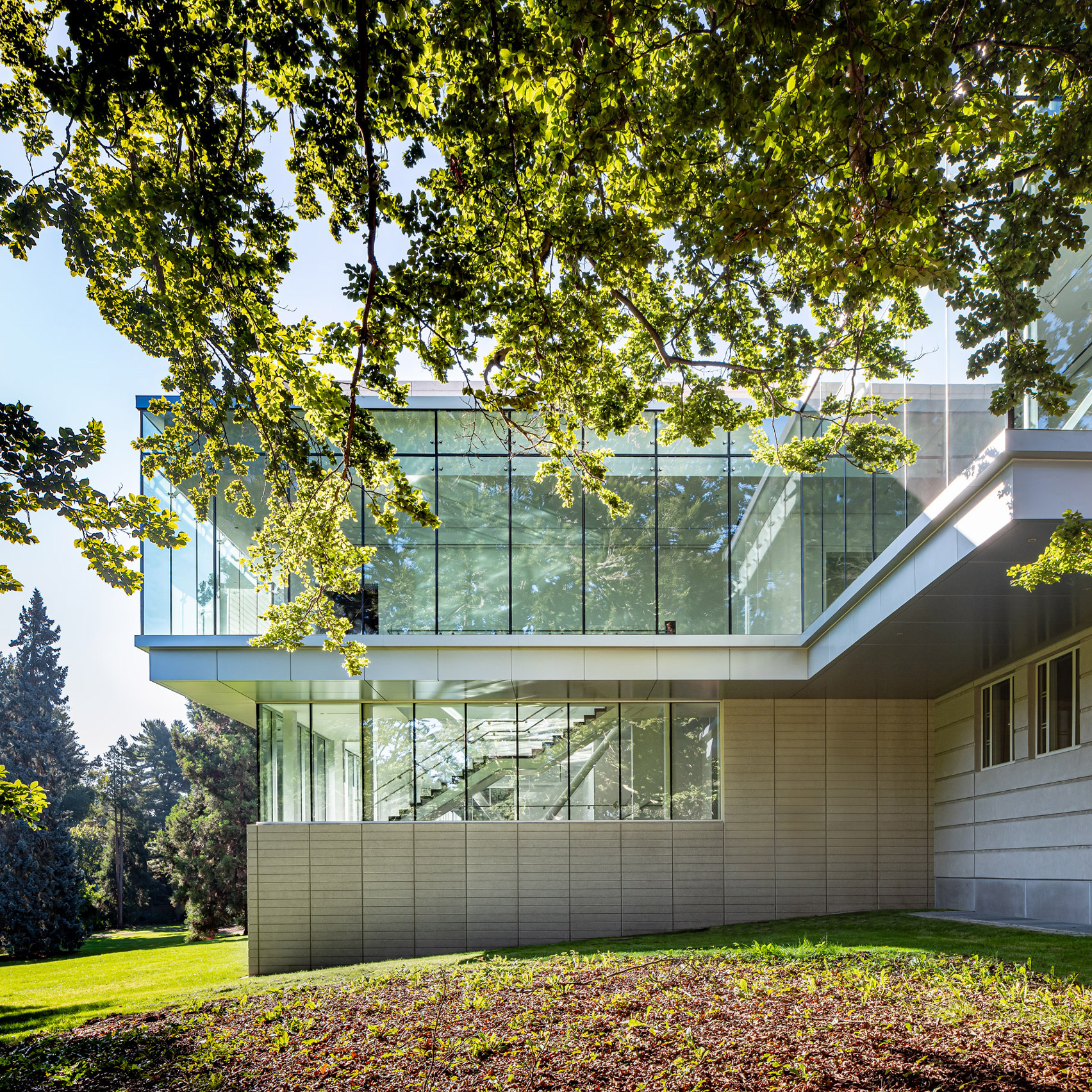 Making sure to preserve “the architectural legacy of the historic building”, the firm chose glass, steel and concrete for the extension. Facades were restored and new glass was installed in windows of the existing building.

Find out more about the Seattle Asian Art Museum ›

The post Dezeen’s top 10 US architecture projects of 2020 appeared first on Dezeen.